How to update a mobile app without scaring your audience away 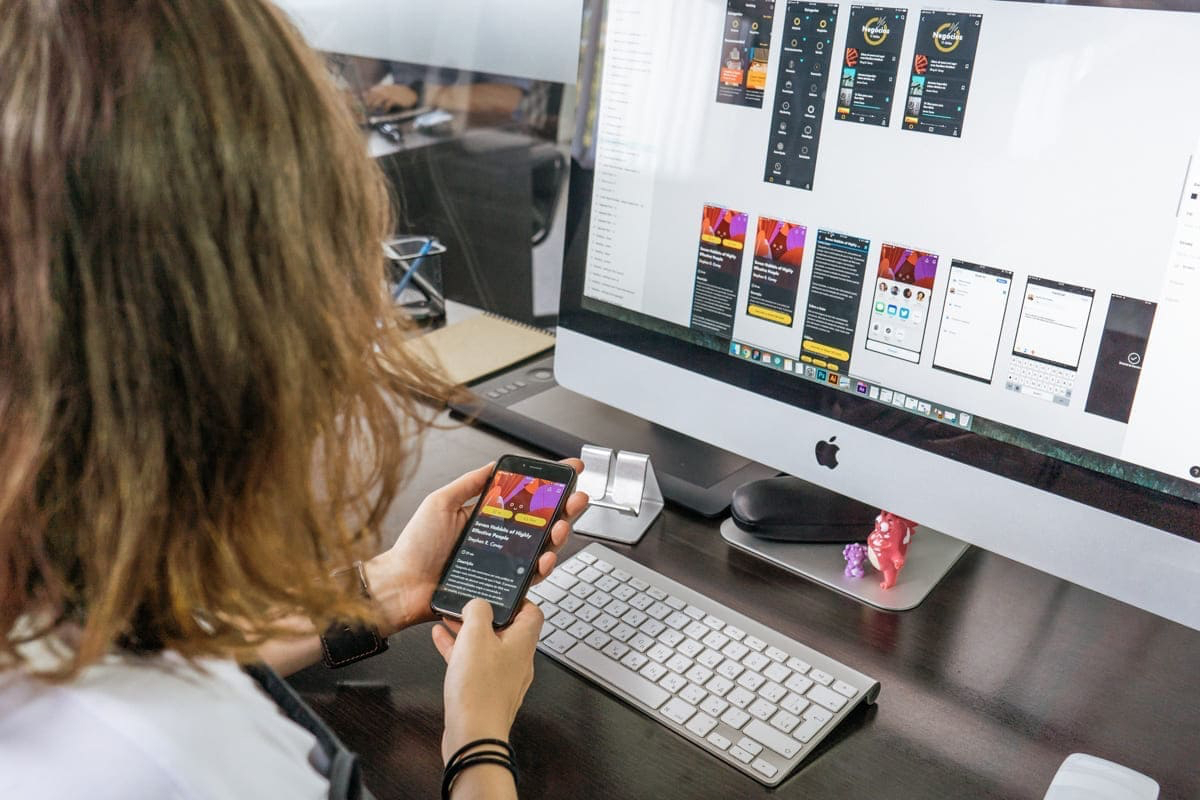 According to Gartner, mobile apps will have the most impact on business success by 2020. And as the mobile app market continues to grow, business applications have to find new ways of standing out. We’ve already mentioned the importance of running the Discovery phase before the development hits off. But what do you do if the app has already gone live? Release feature updates. Innovation and performance improvement will put your mobile app back in the spotlight.

Too bad, any sudden changes to an existing application can scare your audience away. Even worse, you risk breaking your app’s logic if you “innovate” carelessly. Luckily, there are painless tips for updating applications. Read further to find out how to update your mobile app without damage.

You can’t update an app based on mere guessing of what new, cool features you’d like it to have. The best way to go would be to run a research and see what kinds of changes your audience requires or is waiting for. We’re living in the era of human-centered design, which means that any change should be a response to your users’ needs or a proactive measure to improve user experience. So, if you want to update your app, get to know your users better.

To do that, gather info about your audience through mobile app analytics. Once you know the demographics of your users, you will have a general idea of what they might prefer. But what’s more important, in-app analytics can reveal user behavior within the app and measure user engagement. In other words, you will know how exactly your audience uses the application. Valuable information like this will show you which elements are the most popular and which ones are useless. With this in mind, you can figure out if your app needs additional functionality and what kind. Or maybe you’ll even have to remove some features in the next update.

Having gathered valuable insights from mobile analytics, you are ready to make a list of necessary app features and updates. Now, you know what elements represent your app’s core value and what needs changing. But don’t forget that you don’t have to roll out a massive app update all at once.

Instead, you can gradually update the app so that your audience could adjust to the changes. Moreover, frequent updates are useful for engaging app users, so, splitting major app updates into smaller frequent releases isn’t a bad idea after all. For instance, you can launch new features according to their priority.

Once you know what kind of updates your app needs, it’s time to set objectives and schedule the release. And after all the coding is done, there are two testing methods you will find useful for successful mobile app updating: A/B feature testing and user acceptance testing.

If you’re not sure which feature or design element will work best for your audience, you can test it using this approach. To run an A/B test, you have to create two different versions of the same feature or element. Then you give them to your users and gather their feedback.

UAT is the final phase of mobile app development when actual users test the product. But if you plan major updates to an existing app, this testing method can help you too. In this case, a testing team assembled from app users will give you proper feedback.

It’s also a good idea to add some hyping features that will help you cover a wider audience. Here are the hottest mobile app development trends:

‍AI learns from clients’ behavior and is able to customize the app experience for a user. By adding an AI assistant, you help the audience establish a personal relationship with the app.

Thanks to the Internet of Things (IoT), mobile apps have gone beyond smartphones. Take, smartwatches, for instance. Also, if you have an iOS application, you probably know that it has to be compatible with many different iOS products to get featured on the App Store. That’s why you have to think of making your mobile app universal for many devices.

With so much personal data stored on phones, security becomes a prime issue in mobile app development. Secured APIs, two-factor authentication, data encryption are among the measures you have to consider while developing an app. Also, don’t forget that iOS mobile app development tools for security differ from Android ones. The two OSs have their own security options to offer. For Android app development, Google has developed different security models.

A modern mobile app has to be as simple as possible. Clear navigation, blank screen space, explicit functionality, not too many elements – that’s what modern customers want to see in your app. So, try not to overwhelm your audience with bright colors and numerous tiny buttons.

Everyone knows that mobile app development doesn’t end with the shipment to the store. You have to constantly monitor your app’s performance and make improvements based on the results. This way, you’ll know exactly what kind of updates your application needs. In-app analytics can show you how your audience uses the app and which of the elements have to be improved. If you decide to change your application completely, don’t forget to do that gradually and wisely, without scaring the existing users away. And if you want to expand your audience, try adding the latest trendy features like AI, simple UI, wearable compatibility and increased security.

That being said, having a qualified team of expert developers to implement your updates is just as crucial. If you have a team you can count on and trust, you’re in luck! But if you don't, Selecto can help you with that. Just contact our lead iOS developer to discuss the benefits our cooperation can bring your company.

Prefer a live dialogue?
Schedule a call
Thank you for reaching out to us, we'll get back to you shortly.
Browse our projects

Oops! Something went wrong while submitting the form.